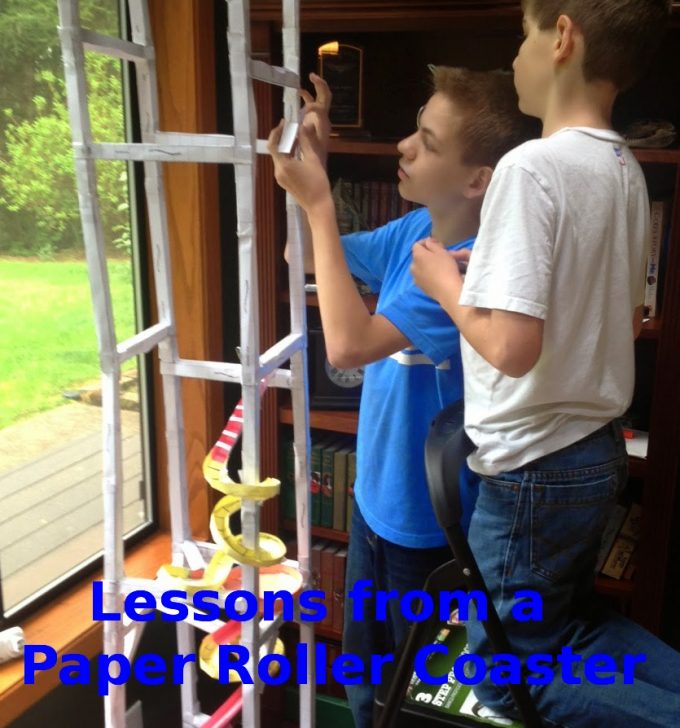 Very Important Lesson: Just because you KNOW the best way, doesn’t guarantee the student will listen or accept your advice.
Sometimes the hardest thing about being a parent, teaching, or coaching is giving advice and then stepping back to watch… the 13-year-old in the picture was very offended that the nine-year-old wanted to try his way first…
I could not have created a lesson that would have demonstrated the value of being a patient coach!
Do you think your kids would enjoy this project?
Grab your paper roller coaster kit here.
Have an amazing day!
Be willing to lay “school” aside to allow for learning!
More from Bekki
Know someone this will bless?
Share on Facebook Share
Share on Pinterest Pin it
Share on TwitterTweet
Send To Devices Send
Previous Post: « A Simple Bible Study for Kids
Next Post: PIT STOP: Amazing Race »