I really had no idea how much I was micro-managing my kids.

The revelation came to me as I was recovering from surgery.

While I was down, my husband lovingly whipped my kids into shape in less than a week. 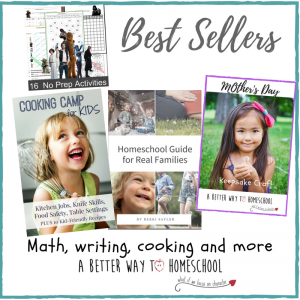 While I was laid up in bed, my husband grabbed my boys by the scruffs of their necks, picked them off the floor and set them down on their feet. Firmly. He looked around the house, at me, and at the boys and decided things were going to change immediately.
He didn’t raise his voice, he didn’t ask with his soft voice, he just stately things were changing.
And then they did.
4 Things My Hubby Taught My Kids in Less Than a Week

Hygiene.
I hadn’t taught the younger boys how to take a shower (or draw a bath) alone.
I’m not sure why exactly. Apparently, I enjoyed filling the tub for my 7 and 9-year-olds and allowing them to be totally reliant on me. (NOT!)
I hadn’t realized I had neglected this skill. Husband to the rescue!
The boys all now take their own baths and showers unaided.

Chore Enforcement.
Even though I have a fully laminated chore list posted on my fridge, I was still walking around picking up after the kids.

This ended the first day I was down. Hubby ensured that they did their chores and then continued cleaning up after themselves all day. Nothing like the training of a dad! Daddy boot camp.

Dishes.
This is not to be confused with “chores”.

The kitchen duty person cleans pots and pans and wipes down the kitchen, but there is much less for them to complete at any one time.

Cooking and Meal Prep.
He had those boys diced, slice, stir and cook meals.

I’ve been teaching the kids to cook all along, but hubby raised meal prep to a whole new level!  He always had at least two helpers in the kitchen making each meal. And the boys LOVED it!

Being Team Players.
He reinforced that our family of  7 is a complete team and that our world runs much more smoothly when we all work together.

He has always been a great encourager for me, but I always run around trying to do too much all by myself.

With me down for the count, I had no choice but to watch him coach the boys into doing their best.

Honestly, I am only about half way healed from my surgery, but I feel like I have learned so much from him as I have sat here on the sofa (or couch or davenport depending on where you live).
He’s my hero! 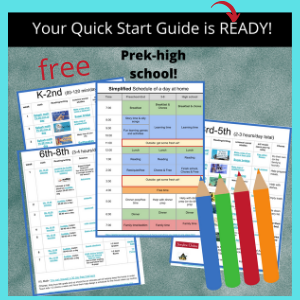